"The Mission is to create a mixed use development that sustainability
generates resources through economically feasible means of production. The
focus is to integrate use types in a way that diminishes the need for resources
while creating them internally. In doing so the development generates a means
for sustainability, not only through fixed resources but through community within,
allowing it to be located within a neighborhood that borders adjacent
infrastructure of services but are not necessarily connected. This urban private
sector project will include street level commercial space while having residential,
recreational and agricultural typologies within a single built environment.

St. Louis is a city in Missouri with a population of approximately 320,000
people. The city currently relies on outlying suburban municipalities to sustain
it’s presence as a city center. This said, the city is in a period of significant
redevelopment and has an influx of young professionals. A shift of focus has led
developers and residents alike to look to the city for growth yet again. This
subtle growth mixed with existing infrastructure and low cost land creates a
market prime for new business concepts.

Global demand for increasing ROI while maintaining environmental goals is not
anything new. One major challenge in both generating profit and conserving
resources is in logistics. The closer services and providers are, the more money
the business saves and less fossil fuels they waste." 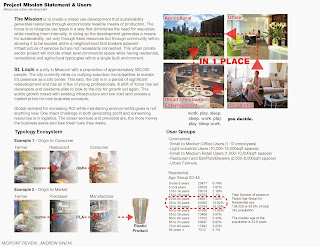 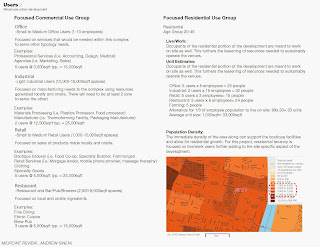 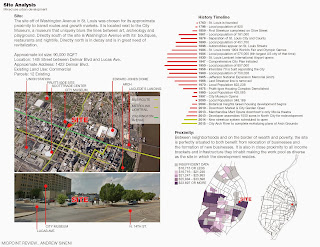 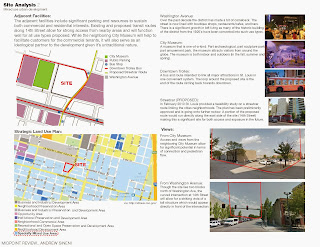 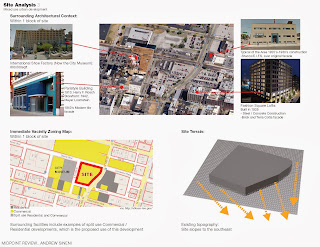 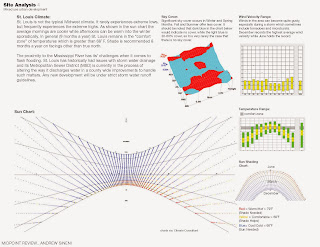 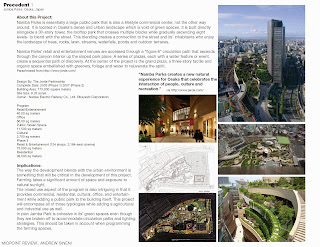 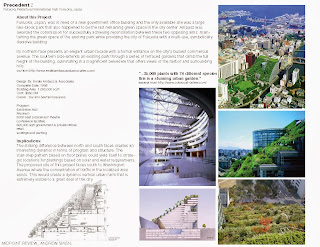 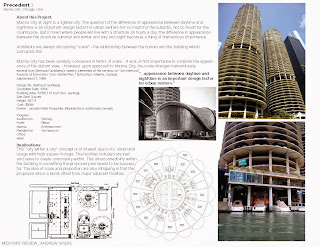 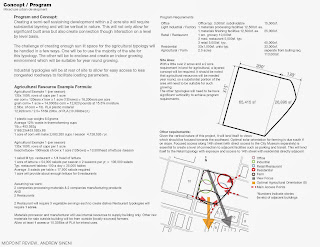